Let Us Help You Plan Your Practice Future

Michael and Jamie have over 20 years of combined experience as lenders in the Oklahoma City Metro area. Let them provide you with the most experienced advice and guidance available for all of your healthcare banking needs. 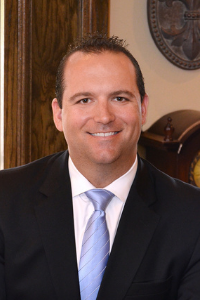 As a Senior Vice President and Division Manager of Healthcare Lending at First Liberty Bank, Michael Levine works to bring a higher level of service to customers. "At First Liberty, we strive to be an invaluable asset to our clients by making a real difference in their lives. We achieve this by being their strategic partner on a banking and advisory level," says Levine. "I thoroughly enjoy working with healthcare providers. Growing a medical or dental practice isn't like growing any other small business, and I understand the unique challenges and financial needs of Oklahoma healthcare providers," he adds. "It is a pleasure to take care of the people that take care of our community."

Levine began his local banking career in 2006 as a Financial Sales Representative. Rising through the ranks, he also served as a Branch Manager and as a Commercial Loan Officer.

Michael was selected as an Honor Student in the 2015 class of the Oklahoma Bankers Association Intermediate Banking School before attending the Graduate School of Banking at Colorado, where he graduated in 2019. In 2018, Levine was named to Banking Exchange Magazine's NextGen 20 under 40, a national publication. In 2020 and 2021, he was named as one of Oklahoma City's 50 Most Powerful Young Professionals. In 2021, he was selected as one of The Journal Record's Achievers Under 40.

Outside of his involvement with healthcare organizations, Michael served as a Trustee of the Heritage Hall Alumni Association Board, formerly holding the position of Treasurer for two years. He has also served as a member of the boards of both the Intermediate Banking and Commercial Lending Schools for the Oklahoma Bankers Association. Levine is an active member of both the Greater Oklahoma City and the Northwest Oklahoma City Chambers of Commerce, as well as currently serving as an Ambassador of the State of Oklahoma for the Graduate School of Banking at Colorado.

A graduate of the University of Oklahoma, Michael has volunteered his time with Big Brothers/Big Sisters, Habitat for Humanity, United Way Day of Caring, The Regional Food Bank, and the YWCA. In 2016, Levine graduated from Leadership Northwest, and in 2018 graduated from L.O.Y.A.L. Class XIII. 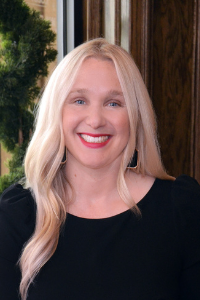 First Liberty's Healthcare Division specializes in lending for physician and dental practices in the Oklahoma City Metro. “Executive Management encourages and supports staff to advance within the bank, and I’m delighted to be working with Michael in helping local practices grow and thrive.”, said Vafadar.

Jamie brings broad banking experience to her role as a commercial lender. She has worked in the financial services industry since 2004 and has a Bachelor’s degree from the University of Central Oklahoma.

Are you a Nonprofit? We have deposit accounts just for you