First Liberty Bank opened for business on Oct. 2, 2006, with six employees housed in the service area of the former Jackie Cooper BMW dealership at 9601 N. May in Oklahoma City. By 2007, the bank had grown to over $100 million in assets. First Liberty Bank’s founders include coaching legend Barry Switzer, country music star Toby Keith, Norman business leader Hunter Miller and the bank’s president and CEO, Joey Root.

First Liberty Bank is first and foremost a community bank, focusing on the Greater Oklahoma City Metro and Norman. This focus reflects bank culture based on three tenets; we are kind, genuine, and we bend over backward to serve the relationships we have established.

First Liberty Bank serves local charities with time and money as a community bank. Whether it is bank staff mentoring students at Positive Tomorrows, collecting diapers for Infant Crisis Services, supporting the OK Kids Korral, or providing snacks for Cavett Kids summer camp, dedication to helping and serving local charities is paramount. Staff is encouraged to volunteer and provide leadership to local causes that are important to them. 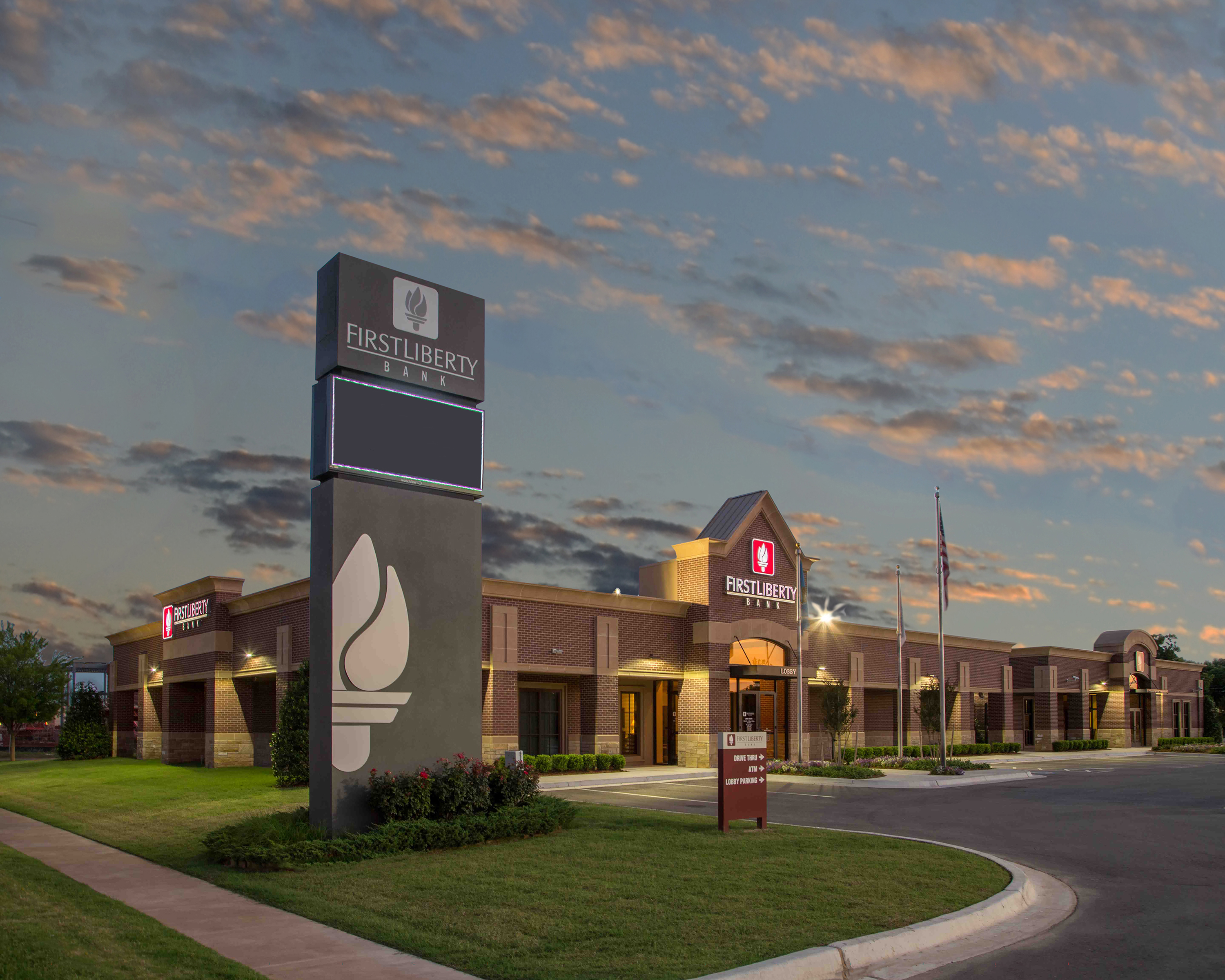 Are you a Nonprofit? We have deposit accounts just for you